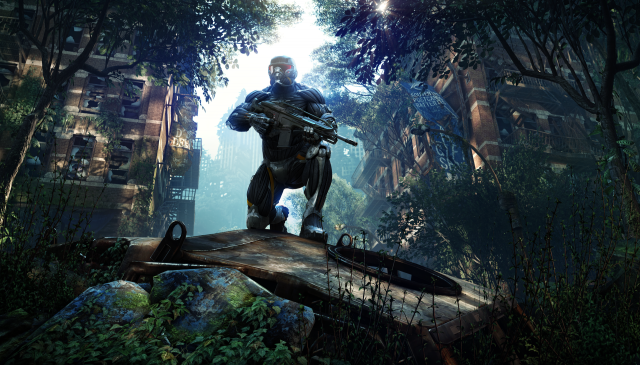 In what I’m sure is shocking news to all of you, EA has announced via trailer that yes, Crysis 3 is in development and yes, it looks as fantastic as the previous two iterations of the series looked. Don’t believe us? Check out the footage in the announcement trailer below.

Some backstory from the official website to set the scene for the game’s premise:

In the wake of the alien invasion, New York lies covered by a giant nanodome, hidden from the rest of the world A secretive military faction has set up shop in the ruins of the city. What do they want? Who are they? What have they found? Uncover their true motives and bring them down from the inside out. But as bad as they might be, they might be the least of your worries. The extraterrestrial threat still looms large over New York. The last time humanity tangled with this enemy they caught us with our guard down, but this time we’re ready. Stalk the canyons of the abandoned, ruined city in relentless pursuit of your prey.

This time we hunt them.

And the official launch trailer:

Poor New York. Always being the centre of attention for catastrophies, for foreign powers/aliens/mutants taking over. Just when are the poor people of New York going to catch a break?!