Cyanide Studios introduces The Wall in Game of Thrones trailer 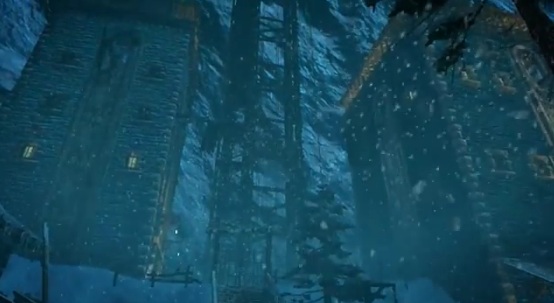 Anyone who’s read the Song of Ice and Fire books knows how iconic The Wall is – and how important a location it is. In the latest trailer released by Cyanide Studios for their upcoming RPG set in the Game of Thrones universe, The Wall takes centre stage.

In the books, the Wall is a massive fortification 700 feet tall, stretching 300 miles along the northernmost border of the Seven Kingdoms, and defended by the Night’s Watch. Constructed using both magic and might, the wall is made of solid ice and was built to protect the citizens of the realm fom the Others, who legends held dwelt in the north. As the Others are now considered to be mere legend, the Night’s Watch and The Wall currently defend the realm from the wildlings, who make their home in the icy reaches of the north past the wall and are tribesfolk and considered savages by many.

The Wall is defended by three manned castles, with sixteen additional castles no longer permanently manned due to the Night’s Watch being severed under-strength. As can be gathered from the above, The Wall is an impressive, foreboding and daunting structure, and it’s as much a character in the books as any flesh and blood human. Its representation in the RPG needs to reflect this, and given the trailer below, it looks like Cyanide Studios have captured the harsh foreboding beauty of The Wall perfectly. Take a look at the trailer below, and for those of you who have read the books, let us know whether you think The Wall is looking true to the source material.