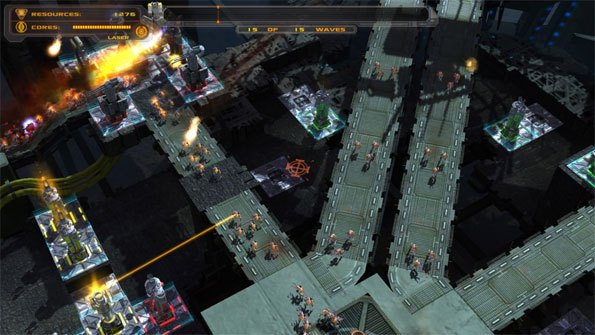 Good news for PC fans of Defense Grid, the popular and award-winning tower defense game in which players fend off waves of increasingly challenging aliens trying to steal their energy cores.

Kickstarter backers are already playing Containment, and PC players will get their chance via Steam on July 23 for $4.99.

Sadly (for humans, anyway), the company appears to have no plans to offer Containment to Xbox players, where Defense Grid continues to be a top-seller on XBLA.