A mysterious new message hinting at an announcement at 2200 GMT on Aug 29 has appeared on the main menu of the PC version of Deus Ex: Human Revolution. The full message, reading “Human Revolution – Special Message Incoming / Be Ready / 2200 GMT 29 Aug” was snapped by nin at Blue’s News. The message already has fans wondering what it could be, with discussion of DLC announcements or a new patch allowing for New Game + ability. Guess we’ll find out tomorrow.

The screenshot showing the message: 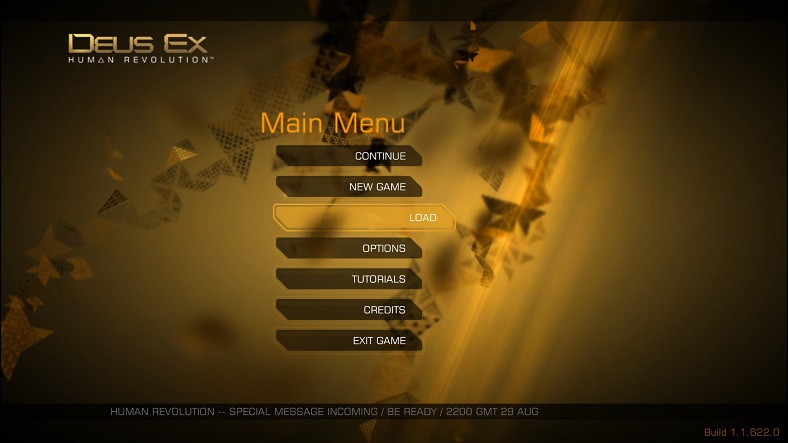