We reported earlier that an ingame message within Deus Ex: Human Revolution PC’s main menu teased of an upcoming announcement, and now it seems that announcement has taken the form of a code. And the code given? okM8-+Ds4Dui?lMh$Mzvm14SBqe7;G.l6=u74b?mkh-45Ki60d+98XBpCku7 Looks like gibberish to me, but this code has led to a very indepth search for just what the code could allude to. And when we say indepth – we mean indepth. Check out the progress on the code below.

So let’s start at the beginning. The original code given was:

Now, don’t ask me how, but some very switched on gamers followed those codes to this website: 13311tower.com, and once there, they found that the background image for that website had GPS coordinates in its header. These co-ordinates pointed to Ayers Rock (or Uluru as it’s more commonly known).

Using Uluru and the morse code 11m13clinic as the L/P when clicking on the all seeing illuminati eye on the 13311tower website, the following image is revealed: 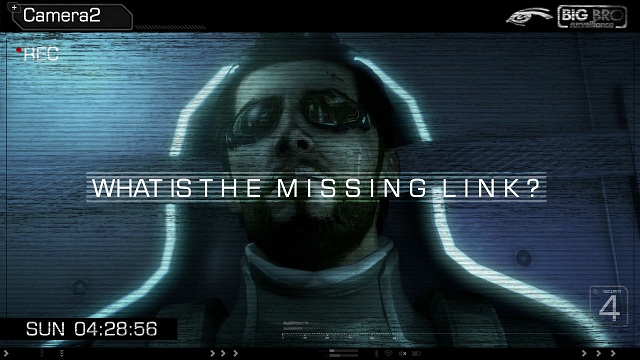 So it seems that the mysterious puzzle has revealed another….mystery. And with a little more sleuthing, some very interesting info regardling DLC has come to light. According to information obtained by VG24/7, the image purports to an upcoming DLC offering:

The DLC follows events of two days spent onboard a ship. The player is isolated from the support networks found in the core Human Revolution game, and must face events independent of comm advice.

While travelling, the player discovers the vessel is a floating prison of some kind, and that experiments are being carried out on the inmates. Environments include plenty of cells and a sentry tower.

I guess we won’t know for sure until Sunday – but all we can say is hats off to all you super sleuths who followed those clues to the end.