A little over three months after the release of Dragon Age Inquisition, the most successful launch in Bioware history, series Lead Writer David Gaider has announced that he is stepping down. Don’t get too upset, though. He’s not going very far. He’ll apparently still be within glaring distance of his former writing staff. Read on for the details.

David Gaider first arrived at Bioware in 1999, and wrote for Balder’s Gate and Knights of the Old Republic before becoming Lead Writer for the Dragon Age series. Gaider has been synonymous with Dragon Age since its inception, serving as Lead Writer on all three games, as well as authoring numerous spinoff novels and comic books. As chief architect of Dragon Age’s story and setting, it’s safe to say that the franchise wouldn’t be what it is today without him. Which makes his departure something of a surprise.

Earlier today, he announced on Twitter that he was stepping down as Lead Writer for the Dragon Age series.

So a bit of news: I have decided leave Dragon Age and move onto a new, upcoming BioWare project (which I can’t discuss).

This upcoming Bioware project that he can’t discuss is presumably the new IP Mass Effect Executive Producer Casey Hudson was putting together before departing last year, although we can’t be sure. Gaider went on to say that, after a decade working on the same project, he was ready for something new. The good news, besides the fact that Gaider will remain at Bioware, is that the new Lead Writer of the Dragon Age franchise will be Patrick Weekes. Weekes originally was a member of the Mass Effect writing team before making the jump to Dragon Age, and has followed in Gaider’s footsteps by writing his own Dragon Age novel which was released last year. Weekes is well liked within the Bioware fanbase, and is a popular figure online, as well as on the convention circuit. He announced his new title in typically Weekesian fashion.

I’m honored to be continuing the Dragon Age story that @davidgaider set in motion, and I look forward to adding a lot of sexy unicorns now.

If there was one thing missing from Dragon Age Inquisition, it was sexy unicorns. 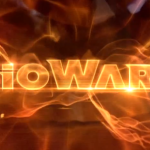 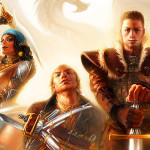 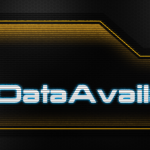 Save Game – No Data Available – Episode 16