Yes, friends, it’s that time of year again. Officially known as the Electronic Entertainment Expo, or E3 for short, we here at Save Game like to call it Trailerpalooza. We trim off all the excess hype and hyperbole to bring you what you want to see most: the trailers. First up this year, is Bethesda.

2015 is the first time Bethesda Softworks has ever held its own pre-E3 showcase, and they did it in style, renting out the same Hollywood studio where the Oscars are held. But instead of a celebrity awkwardly tripping over bad jokes, the event was hosted by Bethesda’s VP Pete Hines. While there were no huge surprises, the number of quality titles on the display was impressive.

First up was the next incarnation of DOOM, currently in development at Id Studios.

In addition to the single player trailer above, Id also gave a quick glimpse of what multiplayer will look like.

And it wouldn’t be a DOOM game without a level editor, right?

Next up was BATTLECRY, Bethesda’s upcoming online action game, which will soon be launching a worldwide beta.

Then it was time for the “surprise” of the night. Dishonored 2 was unveiled with a slick cinematic trailer that gave fans everything they were expecting, and more. Set 15 years after the first game, Dishonored 2 will allow you to player as either the returning Corvo Attano, or the dethroned Empress Emily Kaldwin.

The latest update to Elder Scrolls Online was shown off in a new trailer, giving us a look at Imperial City, the fallen capital of Tamriel.

Finally, it was time for Fallout 4. While the announcement trailer was nice, fans have been frothing at the mouth (perhaps literally) to see the game in action. Bethesda spent over 30 minutes demonstrating every aspect of the game, and if initial fan reaction is any indication, they exceeded even the loftiest of expectations. 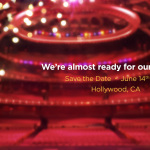 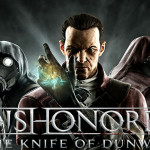 Dishonored: The Knife of Dunwall gets a stabby new trailer 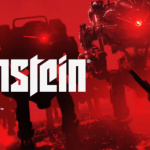 Bethesda brings scary back with The Evil Within