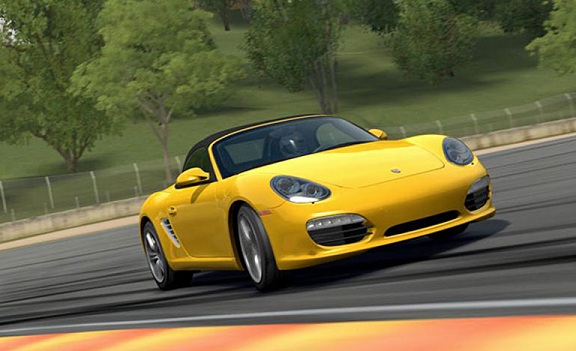 Here’s hoping you weren’t looking forward to some Porsche driving action in Forza 4, because thanks to EA, that won’t be happening. Turn 10 director Dan Greenawalt has stated that Porsche cars will not be seen in Forza 4 because EA, who exclusively holds the license for the German car giant, has decided against collaborating with the makers of Forza Motorsport 4. For Greenawalt’s full statement, check the link below.

“While Forza Motorsport 4 will feature RUF, it will not include Porsche cars. As many of you know, since the beginning of the Forza franchise, the Porsche license has been available only through a sub-licensing deal with EA.

In Forza 3, we were able to feature more than 35 different Porsche models by offering to collaborate with EA. For Forza 4, we were looking forward to adding even more Porsche cars, and we were especially looking forward to featuring multiple Porsche experiences in our new Autovista mode. In the end, however, EA couldn’t see their way towards collaborating again.

We’ve asked our contacts at EA to reconsider their position frequently and regularly over the last 18 months. We also reached out to various influential people in gaming to lobby on our behalf, and on your behalf, but that was to no avail.

While we respect EA’s need to run their business as they see fit, we’ve regularly collaborated in the past and hope we can find our way back to that approach. Forza had the exclusive license for all Ferrari cars, for example, on the Xbox and PC platforms.

But at the end of the day, we’ve always found that we just weren’t willing to block other racing games from having Ferraris outright, as we believed that this would do nothing but hurt the racing ecosystem.

I’m very sorry for all of this. Fans shouldn’t have to think about any of this – you should just be able to drive Porsches and Ferraris in the games you love. Porsche makes wonderful cars and I’m sorry that we won’t have them in Forza 4.”

Look for Forza 4 on the Xbox360 when it launches in October.