Good news, everyone.  I finally have an answer to all of those “What the heck is Fortnite?” questions you’ve been asking.  OK, nobody has actually physically asked me that, but I’m pretty sure most of you wanted to.  But you’re a very respectful readership, and you didn’t want to sound pushy.  Thank you for that.  I appreciate it.  Anyway, Fortnite.  EPIC Games has pulled back the curtain on this game, and we have all the details for you if you just keep on reading.

As reported on by Examiner, Design Director for EPIC Games, Cliff Bleszinski, was on hand along with Producer Tanya Jessen and Lead Artist Pete Ellis to host a panel today at the San Diego Comic Con.  During they panel, they revealed the first details on Frostbite, the mysterious game whose only appearance until now was a trailer shown during the Spike TV Video Game Awards.  The game is a co-operative online experience set in a cartoonish post-apocalyptic world in which players spend the day collecting supplies, modifying weapons, and building structures to to defend themselves against what happens when the sun goes down.  At night, undead creatures come out of hiding and attack.  Players will work in teams to fend off the monsters, and to constantly improve their weapons and fortifications. 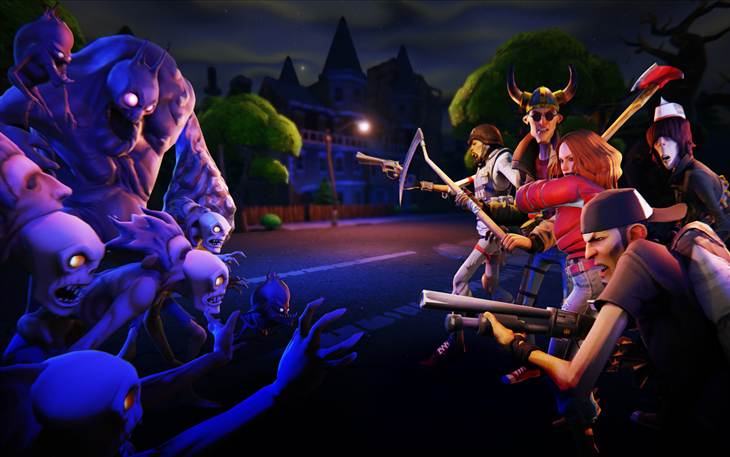 Fortnite will be the first game from EPIC to utlize the Unreal 4 Engine, and is a PC exclusive for now.  While no firm release date has been set, EPIC plans to launch the game sometime in 2013.  If you never caught the teaser trailer that premiered during the Video Game Awards, you can watch it below.  Because we love you, and are always thinking about you.  That didn’t sound creepy, did it?