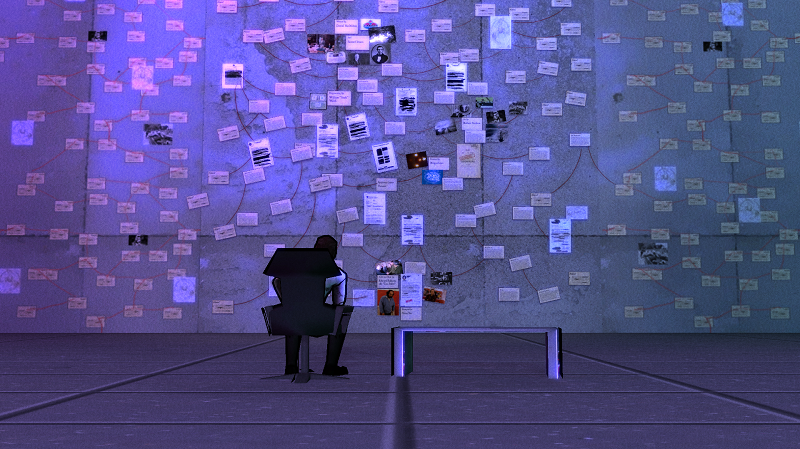 Calling all conspiracy theory lovers – Epiphany Games have announced the first season of their new RPG series, Majestic Nights – an episodic role-playing thriller set in an alternate 1980s where every single conspiracy theory, past and present, is true.

Players will step into the shoes of two very different, yet equally mysterious characters: Cardholder – an intelligence operative who’s kind of a big deal when it comes to conspiracy events – he may or may not have been present at and responsible for many of the biggest conspiracy events in history; and Cal – a private investigator whose past is shrouded in so many secrets even she doesn’t know all of them.

According to Epiphany Games, Majestic Nights can best be described in the following light:

It’s the bright and brash 1980s… a world crammed with hidden intrigue and sinister plots, government cover-ups and alien sightings, CIA experiments and a truth that definitely is out there… a world which needs a fast-talking loose cannon right about now…

With fast, light mechanics, the game has been developed to engross players in a shadowy world of conspiracy with an over-the-top 1980s aesthetic. Players will use wits, stealth and sometimes even a little force to investigate, explore, and acquire ever more clues for their big string-covered wall of conspiracies.

The features list of Majestic Nights is as follows:

For more information on Majestic Nights, check out the official website and the steam page. For the official teaser trailer, see below.