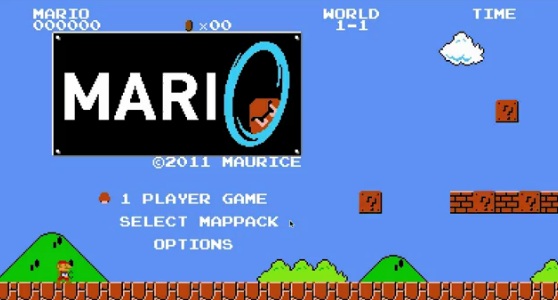 If you’ve ever wondered if the original Super Mario Bros. would have been better with the addition of a portal game – now you have a chance to find out. The guys at StabYourself have decided to fuse Super Mario Bros with the portal gun to create Mari0 – and if the footage of the game released so far is anything to go by – the addition makes an already fantastic game even more awesome. The game will be playable on Windows, OSX and various Linux based systems and will be provided free to play. No doubt it will be challenged as soon as it is released but hey – that doesn’t stop you from checking out the awesome video footage of it now, right?

For more information on the game, check out the StabYourself website