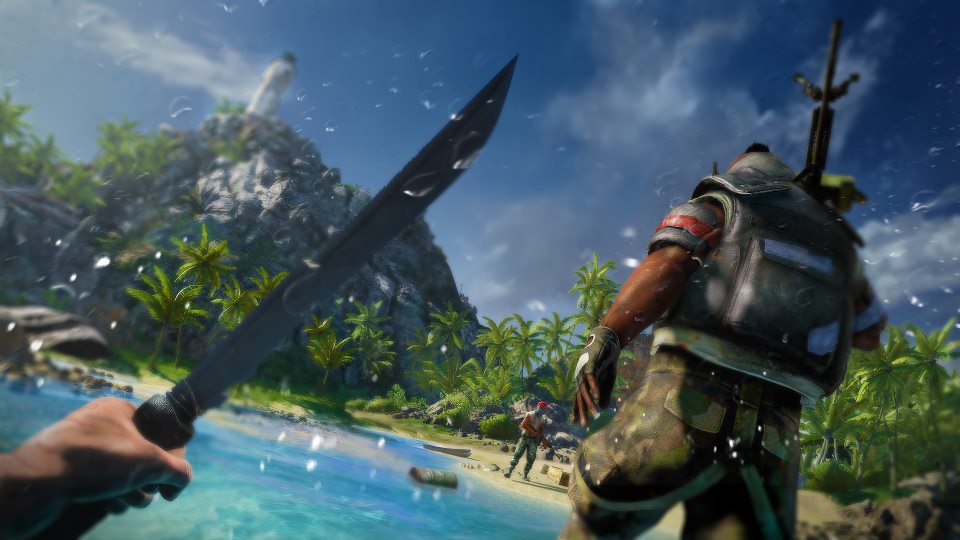 Ubisoft is in the news once again. A day after setting a release date for Assassin’s Creed 3, they’ve revealed new details about another threquel, Far Cry 3. Along with a big batch of stunning screenshots, we were also treated to a new trailer and a release date.  The first person shooter franchise, known for its hyper-realistic graphics and deep, varied gameplay seems to be making a return to the tropical settings of the original Far Cry, released all the way back in 2004. Read on to watch the trailer, feast your eyes on the screenshots, and get that release date.

The trailer, simply titled “Stranded,” tells the story of Jason Brody, the presumed main character who goes on vacation to a tropical paradise with his friends, only to be stranded on an island full of violence and mayhem. Be warned, this trailer contains some graphic violence.

In addition to the trailer, Ubisoft also posted some beautiful new imagery on their Fary Cry 3 Facebook photo album.  The images offer a taste of the mayhem players can expect when the game is released on September 4, 2012.  Drivable vehicles such a boats and trucks can be seen, and one image seems to depict the player gunning down bad guys while descending on a zip line.  I can’t wait to try that one, personally…