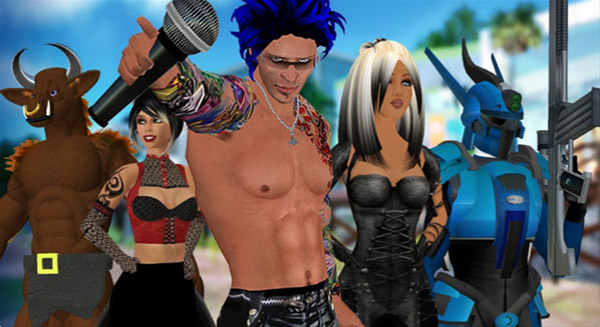 You’d think this was a joke news report. But it’s not. The FBI have recently released their 2011 National Gang Threat Assesment Guide and according to the Bureau, the popular online virtual world Second Life is a perfect place for gangs to not only recruit new members, but also spread propaganda, traffick in drugs, and receive training for real-world criminal operations.

“A computer-based virtual world with a simulated environment where users inhabit and interact via avatars, or graphical representations the virtual world may depict a real world or a fantasy world. Users communicate through text-chat and real-time voice-based chat. Second Life provides versatility and anonymity and allows for covert communications. Because of its anonymity and versatility, gang members could potentially use second life to recruit, spread propaganda, commit other crimes such as drug trafficking, and receive training for real-world criminal operations.”

Just when you thought it was safe to venture into Second Life – it turns out it is a perfect place for local gangs to recruit new members! What a den of iniquity!

So watch out, dear readers – that guy with the mohawk and seedy looking glance might just be an actual real-life gang member out to recruit more rollers into his group.