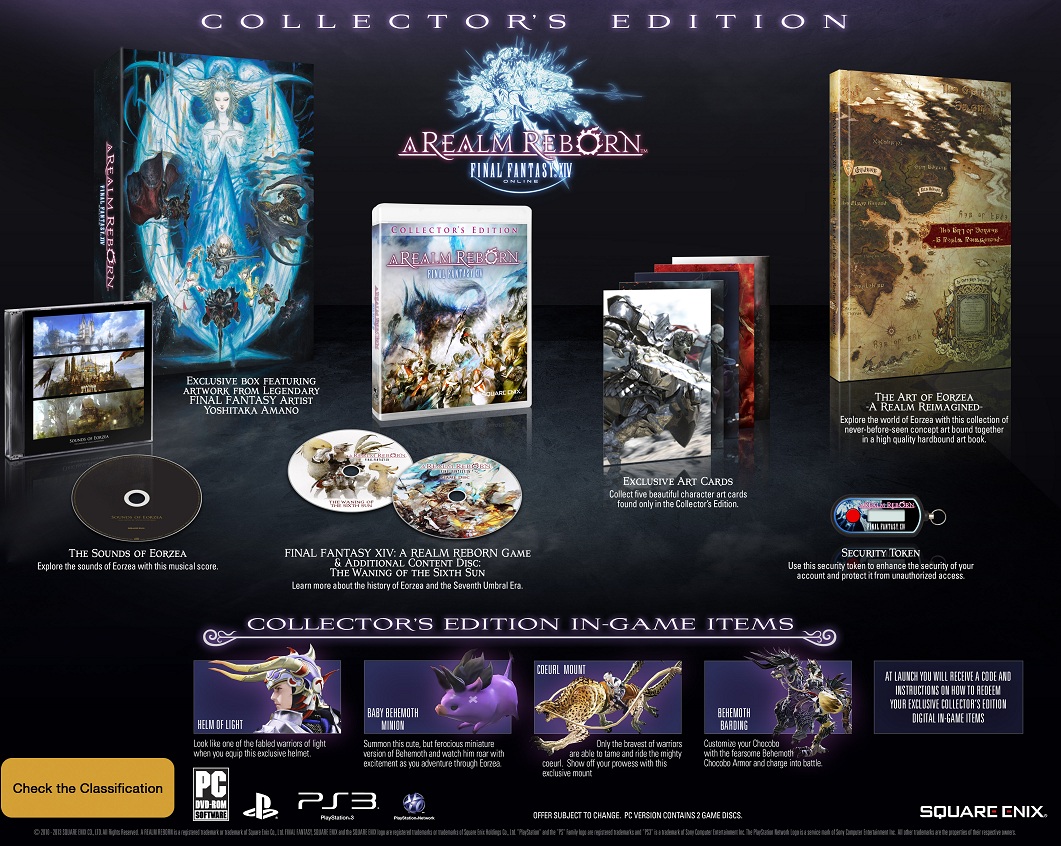 I hope you’re paying attention, Final Fantasy fans, as Square Enix has a bumper of a news update just for you. Final Fantasy XIV: A Realm Reborn and the Collector’s Edition of the same game are now available for pre-order in both Australia and New Zealand.

Final Fantasy XIV: A Realm Reborn is scheduled for release on the 27th August 2013, for the PS3 and Windows PC, with monthly subscriptions for the game starting at $19.95. A release date announcement isn’t complete without a pre-order incentive list, however, and for fans who pre-order the standard or the Collector’s Edition of the game, the following exclusive in-game content will be available to them:

As a non-final fantasy player, they lost me at Mog Cap – however, for Australian and New Zealand fans, the ANZ Limited Edition of the game includes the Helm of Light in game item, which will apparently allow you to become one of the fabled warriors of light.

For more information on the title, take a look at its official website.