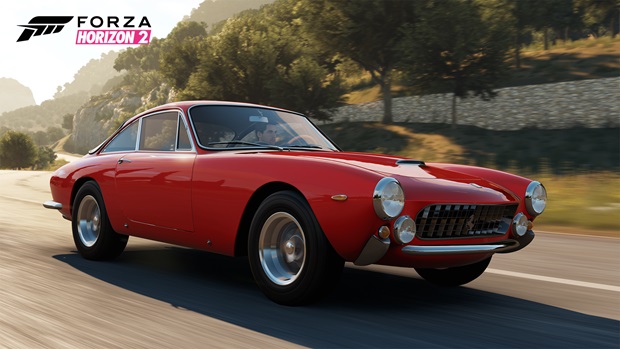 I admit that I’m biased – I do love a good car racing game, especially if the cars featured are a mix of classic and high performance vehicles. Forza Horizon 2, therefore, has a special place in my cannot wait to be released heart, and the recently announced cars detailed as part of the game’s weekly new car announcement are making me wish the September release date was closer.

As seen on Xbox Wire, 159 of the more than 200 cars have already been revealed to feature in the open world playground of Southern Europse in Forza Horizon 2. This week, five new cars have been announced: the 1973 Ford Capri RS3100, the 1962 Ferrari 250GT Berlinetta Lusso, the 2011 Aston Martin V12 Zagato (Villa d’Este), the 2012 Bowler EXR S 011 and the 1993 McLaren F1. For car enthusiasts – exciting news! For everyone else – another language!

A more in-depth look at the cars can be found below:

In addition to the abovementioned cars, the following cars were also announced:

Forza Horizon 2 releases for Xbox 360 and Xbox One on September 30, 2014. For more information, check out the game’s official website.