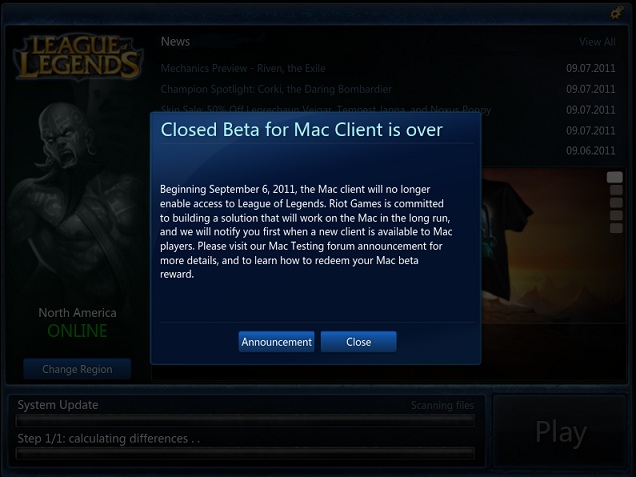 The free-to-play game League of Legends cancelled their Mac beta earlier this week, sparking outrage on…well, the tiny corner of the forums devoted to the Macintosh Beta users. Chief complaints included the sudden shot off of service (supposedly a pre-emptive move for the upcoming release of Dominion, which the client would not support), the lack of notice to users of the client, and of course, the shut off itself.

A community manager with Riot Games today offered a statement in response to the outrage expressed by the Mac community, which can be found here.

From this announcement, it seems that the developer is indeed working on a long term solution for Mac users, and contrary to forum accusations, does care about the growing population of Mac gamers in its community.

According to Riot, more information about the Champion Bundle and refunds will be sent out to players in the coming weeks. If the developer is true to its word, Mac users should eventually see the return of the client, however, no timeframe was given for its release.