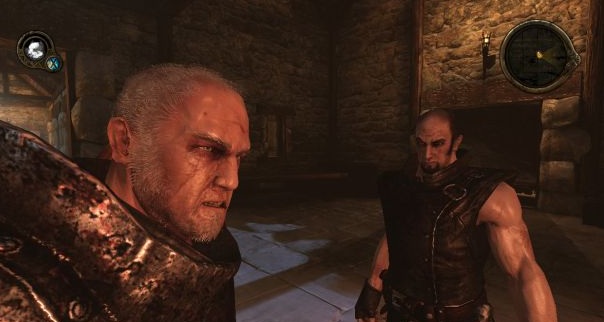 Holy lover of imps and direwolves – an RPG based around George R. R Martin’s popular A Game of Thones series is heading to a gaming platform near you in 2012. Cyanide – the developers of the just released Game of Thrones: Genesis RTS based on the Game of Thrones universe have re-confirmed they are also working on an RPG style game. Speaking to Kotaku, studio director Yves  Bordeleau revealed some juicy details regarding the upcoming story-heavy RPG.

Bordeleau is describing the game as a Mass Effect-style RPG which takes place during the time of the first book, A Game of Thrones. The game will follow two separate characters who are not present in the book or television show, however players will come across established characters from the book. No word yet on exactly who will be featured, but Bordeleau did state some actors from the television series will reprise their roles as voice actors within the game. In addition, locations from the television series will also feature in the game but again, no word on where or how they will be included.

Combat wise, the game apparently uses an “active pause system” which is being compared to Star Wars: Knights of the Old Republic. Mass Effect was also mentioned for comparison, but Bordeleau also stated that the game has “less action than Mass Effect 2”, instead being “all about the storyline”, which of course will be affected by player decisions.

No word yet on who is publishing the game, but Cyanide are working to a schedule of having the game release early next year. That means the game should be hitting consoles/PC’s some time within the next 5-7 months. More information when it’s released.