Gamer dead in internet cafe for 9 hours before being noticed 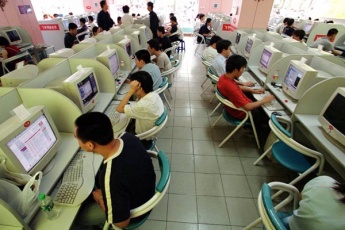 In news you don’t want to believe is true, a 23 year old gamer lay dead in a New Taipei internet gaming cafe for nine hours before anyone noticed something was wrong. Chen Rong-yu had been playing popular MMO League of Legends for 23 hours when he is believed to have suffered a heart attack. A waitress discovered the gamer sitting rigidly in his chair, his hands extended towards the computer he had been using.

None of the other 30 gamers around Rong-yu had suspected anything was wrong, given Mr Rong-yu was known to take regular nap breaks. It’s assumed the sight of him slumped in his chair was attributed to such a nap break.

The family of Mr Rong-yu told authorities he had a pre-existing heart condition, and that he had be treated for this condition in September.

A sorry state of affairs when intense, extended hours of non-stop gaming has meant that no-one even notices when something goes horribly wrong. This is definitely not a gaming culture we want to be establishing.

Here’s hoping this serves as a kick in the butt to the culture of marathon gaming that regular breaks and acknowledgement of those around you are must-do’s. Games might be incredibly involving, but being so involved in what you are playing that you don’t realise the trouble someone next to you is in? Not on.