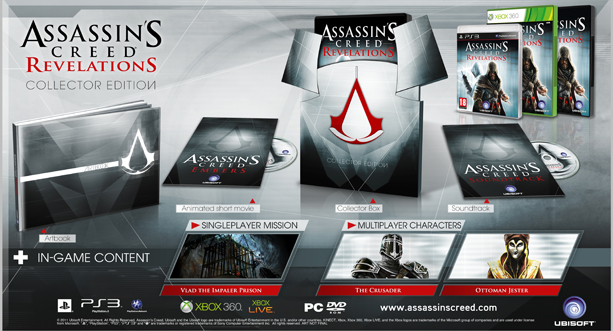 It’s not enough just to offer the game now. You have to advertise bundles that come with soundtracks and artbooks and collector figurines. And if you’re Assassins Creed: Revelations, you have to offer a staggering 5 different types of bundles. Want to know what you get in each of these special editions? Check out the link below for a handy bundle by bundle content breakdown for Ubisoft’s upcoming release.

First up, we have the Assassin’s Creed: Revelations Animus Edition. We’ll call it the Rolls Royce of the special bundles. The ‘big boy’ as it were. 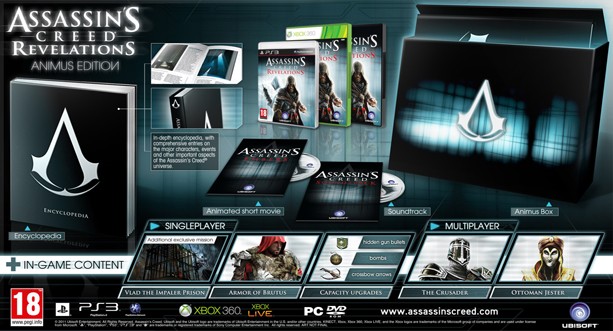 Splash out for this version and you’ll receive:

If you choose to spend your moolah on this baby, you’ll receive:

Not as much as the Animus Edition, but still nothing to be sneezed at. If neither of those two editions are for you, perhaps you’ll like the Special Edition. It’s a little bit leaner than the above editions, but hey – it’s cheaper too. 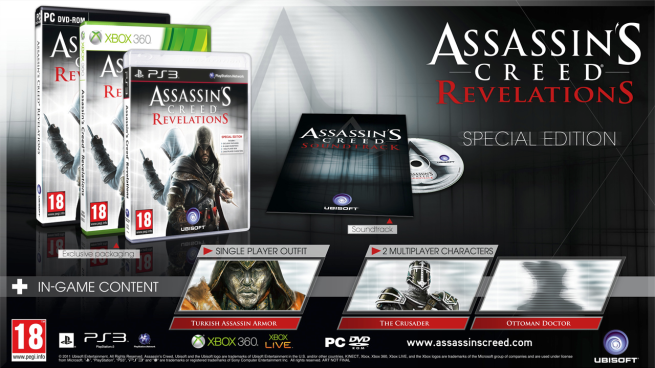 This edition is really the ‘budget’ edition of the bundles, but hey – if all you’re after is the soundtrack CD it’s a pretty good option. Moving onto retailer specific bundles, Gamestop is offering a Signature Edition of the game.

The Signature edition appears to be very similar to the Special edition, but Gamestop is offering the following if you pre-order your copy with them:

Finally, Gamestop is also offering another edition of the game – the Ultimate Bundle. You thought they’d run out of names to call these things, huh? 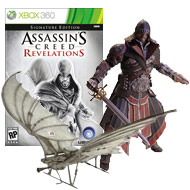 If you decide to spend your hard earned money on this edition, you’ll receive all the content of their Signature Edition of the game as well as:

……and the flying machine niftily has enough room to house the figurine. Fantastic right?

Phew. All Assassin’s Creed: Revelations special bundles present and accounted for. Of course – you could just buy the standard edition of the game – but who does that anymore?!