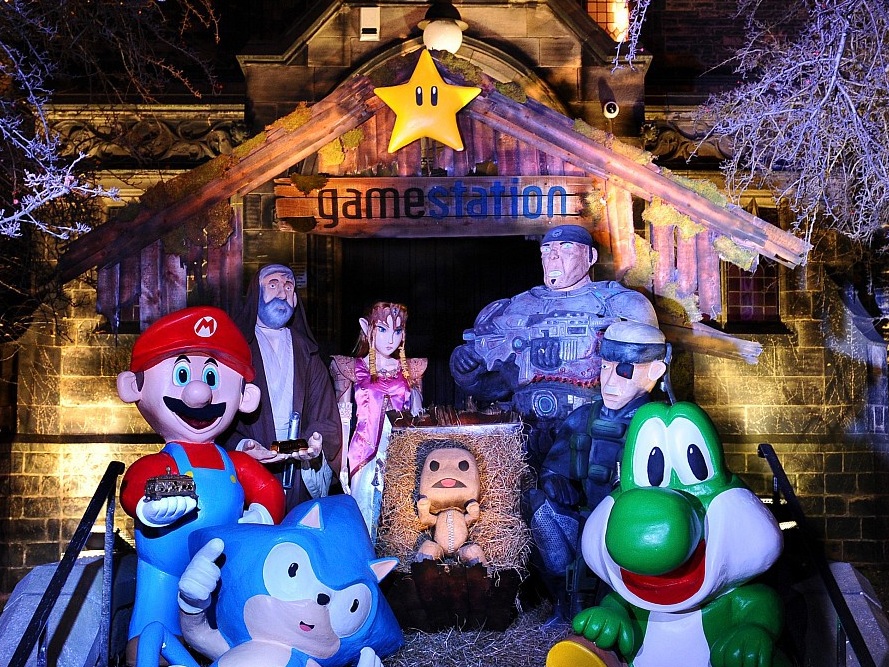 Tis the season….to place game characters into a nativity display. Gamestation has unveiled its Christmas nativity display – and they’ve certainly made the display more colourful. Over 300 000 customers were polled at Gamestation stores and asked who they would want to play the nativity figures this year. The results may just surprise you.

For Christmas 2011, Sackboy takes on the role of Baby Jesus. The Virgin Mary is played by who else but Princess Zelda. Marcus Fenix plays Joseph, and the three wise men are represented by Solid Snake, Mario and Obi-Wan Kenobi.

And what nativity scene would be complete without donkeys, played in this years nativity by Sonic and Yoshi.

The nativity scene sure is an interesting take. According to Neil Ashurst, Gamestation’s head of UK PR:

“For gamers, Christmas is a time of great excitement and anticipation as they rush to the tree to find out what games they will be playing while everyone else watches re-runs of boring old films and shows on the TV. The gamestation nativity scene celebrates Christmas in a way that is relevant to the gaming generation.”

Do you agree with the choices? Would you have preferred someone else? Does seeing Sackboy as baby Jesus freak you out as much as it freaks me out? Leave your comments below.