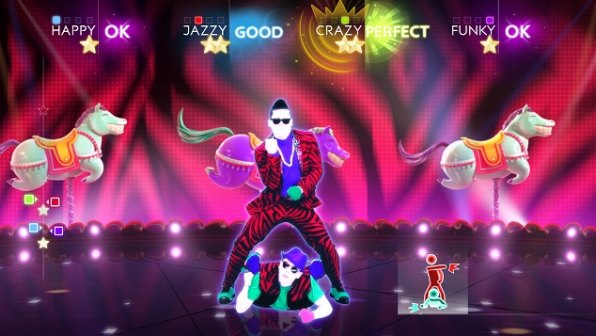 It’s the dance craze that’s sweeping the nation as thoroughly as the Macarena did a decade before it – and if you haven’t heard about Gangnam Style you must have been ensconsced in a cave these past few months. Not content to invade our tv’s, itunes and radio’s, Gangnam Style has now made the transition to video games – featuring in Ubisoft‘s Just Dance 4.

Psy’s ‘Gangnam Style’ is now available as DLC for Just Dance 4 for Kinect for Xbox 360, Move for PS3 and the Wii. The DLC will also be available for the Wii U at a later date.

The routine contained in the DLC features the dance moves made famous (or is that infamous) by the South Korean rapper. Take a look at the trailer below to see the moves yourself.