To make the wait for the second and final episode of Burial at Sea just a little more excruciating than it already is, Irrational Games has released a new video that takes fans behind the scenes of the DLC.  Featuring commentary from Ken Levine and the voice cast, it’s a must watch for any fan in need of a Bioshock fix.  But be warned, the video does contain some mild spoilers.  That being said, read on for the details.

The video went up earlier today on the Irrational Games YouTube page, and it offers some tantalizing glimpses into the story and gameplay of Burial at Sea – Episode 2.  As you probably know by now, you’ll be playing as Elizabeth in this DLC, and we get to see her in action for the first time in this video.  New weapons and abilities can be glimpsed, including a crossbow / pistol contraption which looks simultaneously badass and delicate.  In other words, a perfect weapon for Elizabeth, wouldn’t you say? 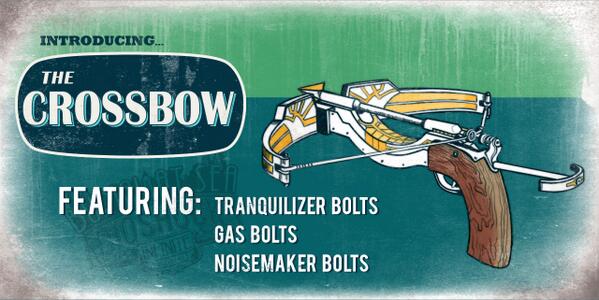 The video also contains commentary from series creator Ken Levine, and most of the voice cast.  Courtnee Draper and Troy Baker offer insights into how the characters of Elizabeth and Booker will be portrayed in Episode 2, while Armin Shimerman and Kimberly Brooks talk about how excited they were to reprise their roles of Andrew Ryan and Daisy Fitzroy.  While nobody comes out and says so, you’re left with the impression that the story of Burial at Sea will take a number of wild twists and turns before its all over.  Honestly, would you expect anything less from a Bioshock game?  Check out the video for yourself below.

One statement Ken Levine made towards the end of the video caught my attention.

“Fans of both the original game and Infinite are going to walk away pretty satisfied, feeling a sense of completeness in the end of this that they haven’t really had in a Bioshock game before.”

It’s no secret that the endings of both Bioshock and Bioshock Infinite were controversial.  Some fans loved them, some hated them, some are still trying to figure out what the heck it all meant.  Even the ending of Burial at Sea – Episode 1 left most people scratching their heads.  So I have to wonder if, in that statement, Ken Levine is speaking directly to those unsatisfied with how he has ended his games in the past.  We’ll all find out on March 25th, when Burial at Sea – Episode 2 will finally be released, and the Bioshock saga comes to end.