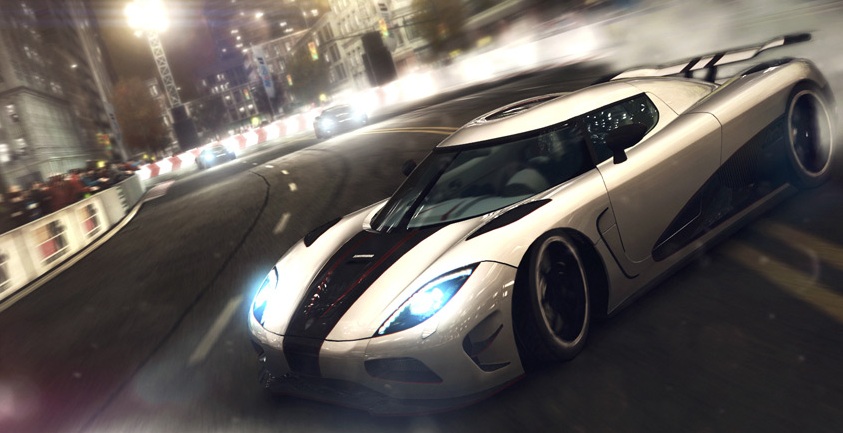 It’s a good day for those rev-heads amongst you, with Codemasters releasing an extended multiplayer Grid 2 gameplay trailer which looks set to impress even the most jaded of racing game fans.

The new trailer showcases new locations, including the Indianapolis Motor Speedway in addition to features like vehicle customisation (I know – shocker right?) and the game’s very extensive online mode. For those of you playing at home, the Indianapolis Motor Speedway is apparently a big deal in the world of racing, given that it is the world’s largest sporting spectator facility and has been the spiritual home of American motorsport for over a century.

Now don’t say you don’t learn anything from reading Save Game articles.

Moving on, the trailer also showcases the game’s simple to use livery editor in action (don’t those colours look delightful) which features up to six billion different design combinations. Yes. SIX. BILLION. That’s a lot of different combinations – so hopefully my car will look significantly different to your car, and the hundreds of other player cars out there. And making sure you have your own unique online look will be important given the many different game modes within the game, including Checkpoint racing in Paris and street racing in Chicago, which are both on display in the multiplayer video.

Grid 2’s multiplayer game mode will provide players with a very distinct progression system that is separate from career mode. Powered by RaceNet, the mode is set to offer depth, choice and flexibility via providing players with regular new objectives, matching with rivals and progress rewards. In a nice addition, RaceNet can be accessed on a player’s desktop, tablet or mobile device and will have dedicated apps set to release around launch.

Grid 2 will be available May 30 for the Xbox 360, PS3 and PC. For more information or to preorder the title, hit up the official website. If you’re interested in seeing the game in action, take a look at the multiplayer trailer below.