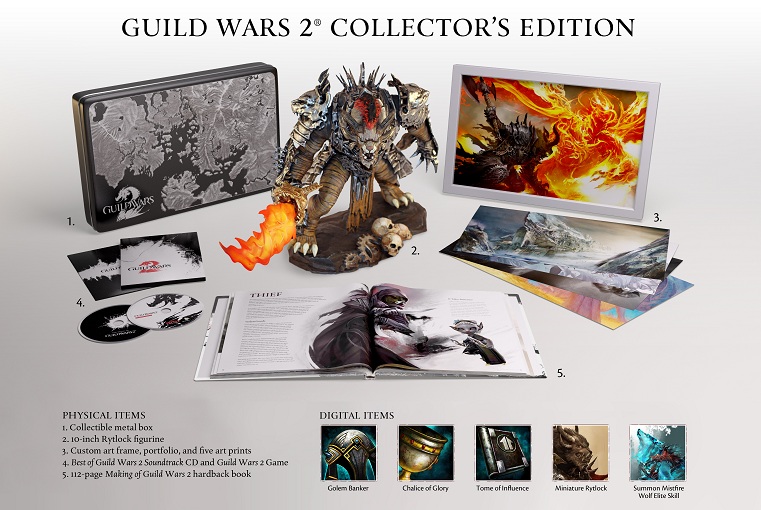 Good news for Guild Wars fans like myself – NC Soft have announced that they will be offering 2 editions of their upcoming MMO Guild Wars 2: a standard edition, and a collector’s edition. The Standard Edition is exactly what it states – the vanilla version of the game – however everyone who pre-orders this version starting April 10th will receive entry into all beta weekend events, a three-day headstart prior to launch, and the Hero’s Band – an item which grants stat bonuses. The Collector’s Edition, on the other hand, is packed with a veritable plethora of swag, including a 10 inch statue of warrior Rytlock Brimstone brandishing his flaming sword. Yes. That’s right. 10 inches.

For a lovely visual representation of exactly what you’ll be getting in each of the different versions, check the Guild Wars 2 store.

Price wise, the Standard Edition will be $89.95 AUD. For those of you eying off that lovely Collector’s Edition – you had better start saving now – as it will set you back $199.95 AUD. Quite a hefty sum – but that is a 10 inch figurine we’re talking…..

For those of you lucky enough to not live in Australia, otherwise known as the land of the exorbitant games prices, the Standard Edition will set you back $79.99, and the Collector’s Edition will hit your back pocket for $149.99.