And, oh what a cover it is. Believe it or not, we’re only a little over four months away from the release of Halo 5: Guardians.  While we’ve gone hands on with multiplayer, developer 343 has been pretty quiet about the game’s single player campaign. Until now, that is. Game Informer has just announced that Halo 5 will be their July cover story, and they’re already dropping details.

Up until now, we’ve known little about the story of Halo 5, and how it will play out in the game’s single player campaign. We know that the story will be told from two perspectives: one, from an AWOL Master Chief, and the other from Jameson Locke, a Spartan IV tasked with with either bringing the Chief back, or if necessary, taking him down. Thanks to Game Informer, we now know a lot more. If you want to avoid any and all spoilers, turn back now.

As shown on the Game Informer cover, Master Chief is no longer alone. He will be joined in the campaign by Blue Team, three additional Spartan II soldiers who trained with Master Chief, and were led by him on a number of missions. Blue Team has been an integral part of the Halo novels, but Halo 5 will mark the first time that they appear in an actual game. In single player, you’ll be able to issue commands to each member of the team, while in multiplayer, up to four people can play together, each as a different member of Blue Team.

Jameson Locke will be bringing some friends along, as well. Fireteam Osiris is a squad of elite Spartan IVs who will back up Locke as he tries to locate Master Chief, and capture him.

Game Informer released a trailer, teasing some of the content their month of exclusives will contain. The trailer contains a glimpse of a popular character from past Halo games. Check out the trailer below, and see if you can spot who it is.

So… looks like Buck is back. Whose side he’s on, and whether or not he’s playable are questions that will hopefully be answered in the next month. For now, it’s just a nice surprise to see him again. Keep checking the Game Informer Halo hub all month for lots more news, hands on impressions and behind the scenes information.

Halo 5 is scheduled to launch October 27th, exclusively on Xbox One. 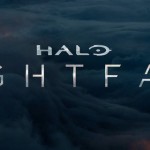 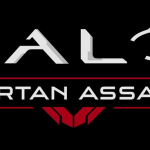