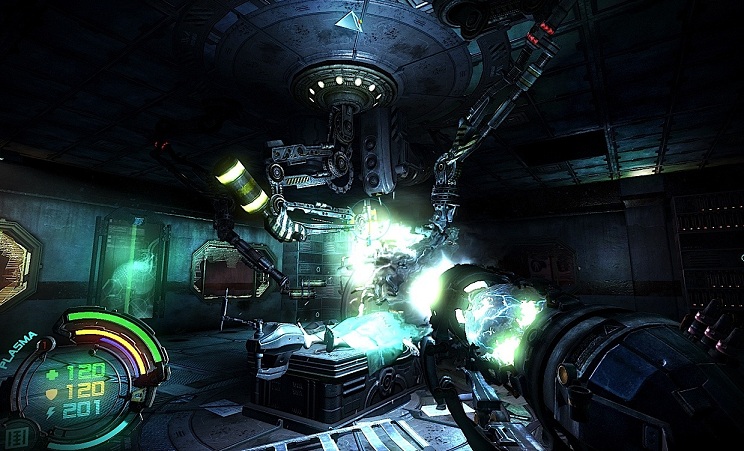 Although only announced just over a month ago, Hard Reset has been given a September 13th release date. The futuristic cyberpunk/dark sci fi shooter is looking extremely good, based on a tantalisingly intriguing premise. Hard Reset will launch with a $30 price point, although those who pre-order on Steam will receive a 10% discount. For more on the game, as well as a story trailer, check the link below.

The world as we know it ceased to exist. Humanity is at the verge of extinction, living in the last closed city of Bezoar. Mankind wages war against the machines controlling vast areas of what became the ‘Barrens’. Machines want to control and assimilate ‘The Sanctuary’ a network that holds billions of digitalized human minds. Our hero, Maj. Fletcher, is a soldier of CLN – a corporation combat unit, established to protect the city. Machines are constantly assaulting the walls of Bezoar. Fletcher moves in when Bezoar’s protective barrier is breached.