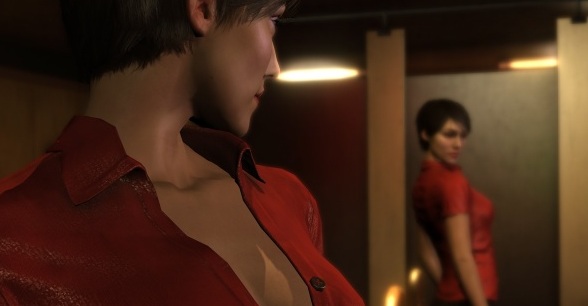 According to Quantic Dream CEO Guillaume de Fondaumiere, Heavy Rain lost between 5 and 10 million euro’s in royalties due to the pre-owned market. Speaking to GI.biz, De Fondaumiere stated that judging by Playstation 3 trophy stats, at least 1 million people played Heavy Rain without paying a cent to the developer.

According to Guillaume de Fondaumiere:

“I would say that the impact that the recession had, that the most important impact especially on AAA games on console, was the rise of second hand gaming. And I think this is one of the number one problems right now in the industry. I can take just one example of Heavy Rain. We basically sold to date approximately two million units, we know from the trophy system that probably more than three million people bought this game and played it.

On my small level it’s a million people playing my game without giving me one cent. And my calculation is, as Quantic Dream, I lost between €5 and €10 million worth of royalties because of second hand gaming.

I know the arguments, you know, without second hand gaming people will buy probably less games because they buy certain games full price, and then they trade them in etc etc. Well I’m not so sure this is the right approach and I think that developers and certainly publishers and distributors should sit together and try to find a way to address this. Because we’re basically all shooting ourselves in the foot here.

Because when developers and publishers alike are going to to see that they can’t make a living out of producing games that are sold through retail channels, because of second hand gaming, they will simply stop making these games. And we’ll all, one say to the other, ‘simply go online and to direct distribution’. So I don’t think that in the long run this is a good thing for retail distribution either.”

Interesting points raised by de Fondaumiere, we think. What’s your opinion? Is the second-hand games market good for the industry, or is it doing more harm than good? Let us know in the comments section below, or take it to our forums for a more in-depth discussion.