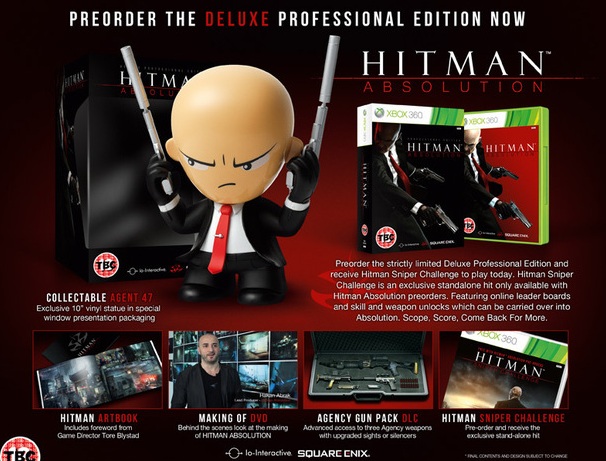 Another day, another limited edition announced, with Square Enix and IO Interactive unveiling the contents of the Hitman Absolution Deluxe Professional Edition. Also announced was the limited nature of the professional edition, which has been said to be available in strictly limited numbers. That’s right – strictly.

So – what do you get in the Deluxe Professional edition? Each edition will ship with a 10″ Agent 47 vinyl statue, the professional edition of the game itself which includes a hardcover Hitman: Absolution art book, a making of DVD and the Agency gun pack DLC.

No word on pricing yet, but given the contents of the edition, expect to pay quite a pretty penny. Or if you’re in Australia – quite a pretty over $120 worth. Hitman: Absolution will be releasing November 20 on the PS3, Xbox 360 and PC platforms.