As we’ve probably mentioned, Save Game loves independent games, particularly when they’re made by promising students, so here are the winners of the 2014 Independent Games Festival student competition.

There are some really cool games to look for, and some very creative gameplay.  One of the ones that caught my attention for its use of forced perspective is Museum of Simulation Technology, created by Albert Shih, in which the player has to solve puzzles using items of different sizes.

I’m also really digging on Foiled from Unblanched Peanuts (mmmm peanuts), a simple dueling game that looks a little like Super Smash Bros and seems like it would be crazy addictive.

Considering that ThatGameCompany (Flower, Journey) was a previous winner, and my heart has been shackled by their games, I’ve no doubt that every game on this list is certainly worth a look and a play.

Here are the rest of the winners:

Cyber Heist from Hack n’ Hide is a cooperative puzzle solving game where working together to bypass security systems as either a Hacker or a Thief is your main objective.

Risk of Rain is a survival action platformer from Hopoo Games where permanent death (and no doubt explosive rage) is a feature.

Symmetrain by Philipp Beau and Daniel Goffin is a spot the difference game for the whole family to enjoy.

Engare, created by Mahdi Bahrami and Moslem Rasouli doesn’t have much a description to offer other than it’s about the movement of objects and that the word means “incomplete pattern” in Persion.

Westerado from Ostrich Banditos can already be played for free on the Adult Swim site as an “action adventure detective western” no doubt with a great sense of humor.

Then there’s Rhythm Doctor a game that requires the player to tap out complex beats, made by Hafiz Azman & Winston Lee.  I’m absolutely positive that I’d be terrible at this, but it looks cute all the same.

All of these folks will get to present their games at the Games Developers Conference 2014 in March, and they’ll get the chance to walk away with at least $2,000 cold hard cash.  Here’s wishing all of them good luck, and I hope to see more of these names in the coming months. 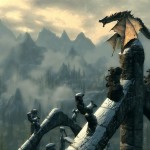 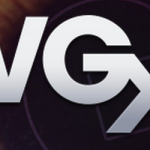 In case you missed it, here’s all the good stuff from VGX 2013 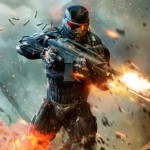