Yes, you read that correctly.  And yes, it’s a mouthful.  World of Speed is a new free to play PC MMO arcade racing game.  Now, I can hear your free to play alarm bells going off.  But before you get the torches and pitchforks out, you might want to take a look at the game.  It’s being developed by a veteran studio, and sports some seriously polished graphics.  Read on for the details.

World of Speed is being developed by Slightly Mad Studios, who you probably know best as the makers of Need For Speed: Shift, and Need For Speed: Shift 2 Unleashed.  So right away, you know these folks are serious about their racing games.  World of Speed is a bit of a departure, in that’s it’s PC only, and will be using the love-it-or-hate-it free to play business model.  The game will also be an MMO, built from the start to be a social experience.  Joining a team, and contributing to that team’s success, will be far more important than individual glory.  Players will be able to form clubs, each with their own customizable logos and garages.  Once you join a club, you’ll be able to race licensed supercars on a mix of race courses and road circuits from all over the world.  Like most MMOs, World of Speed is being designed to evolve and grow over time, with new tracks, cars, and gameplay modes consistently being added to the game.  Check out the trailer below.

Now, it looks all shiny and speedy and vroom vroomy, and that’s all great.  But about that “free to play” stuff… we’ve all been burned by it at least once.  But according to the very upbeat wording on the game’s website, “you’ll be able to download the game, log in and compete in all levels of competition without ever spending a penny!”  Notice they said “compete.”  Not win.  I guess we’ll just have to wait and see.  A beta for World of Speed will be coming soon, with the full game being released later in the year. 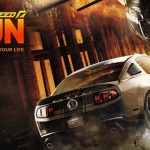 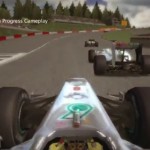 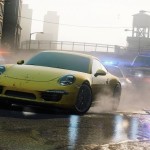