Is the Halo 4 Limited Edition Worth the Money? 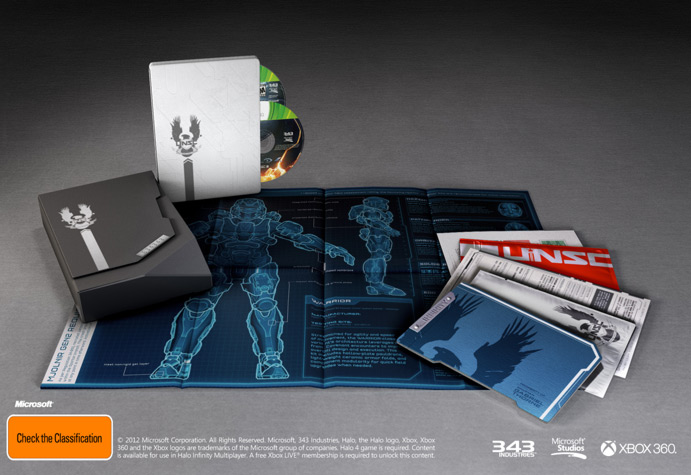 By their very nature, limited editions are not for everybody.  They’re for the collectors, the superfans, the hardest of the hardcore.  The Halo series has been synonymous with elaborate limited editions in the past, and hopes were high the Halo 4 would continue the tradition.  But it’s becoming more and more apparent that this time, the special edition just might not be that special.  Read on to see what I mean.

When 343 Industries announced the Halo 4 limited edition back in May, it caused a minor stir amongst fans.  The absence of a true “Legendary” edition, which had been available for Halo 3 and Halo Reach, caused some mild disappointment.  But the amount of content that came with the limited edition seemed to be enough to quell most reservations the superfans might’ve had.

So that kinda sucked, but there was a lot more to the limited edition than the map pass.  So the anger amongst the superfans was fairly low key.  That is, until yesterday, when this thread appeared on the official Halo 4 forum.  Apparently, some members were sent an email from Microsoft announcing a special promotion which will allow the six multiplayer specialization classes previously only available at launch to limited edition customers to be unlocked by owners of the standard edition.  All players will have to do is play the game while connected to Xbox Live, and they will be emailed a code to unlock the specializations.

So that kinda sucks too, and judging by the 66 pages that thread has collected in just a day, it looks like some fans think it kinda sucks a lot. It does seem that Microsoft has made the Halo 4 limited edition somewhat less valuable by offering a significant piece of it for sale separately, and giving away another piece of it for free.  It will still come with numerous items that are still exclusive, including blueprints, armors, and avatar items.  Not to mention the extended cut of Forward Unto Dawn, the live action series now airing on YouTube.  But the fact remains that the limited edition is less impressive than it was when it was first announced.

Is it still worth the $100 price tag?  For collectors and lore hounds, I would say yes.  The UNSC Infinity Briefing Packet should be a treat for those fans who enjoy immersing themselves in the minutiae of the Halo universe, and the game case itself will make a nice addition to your Halo shelf.  But if you’re just buying the limited edition for the multiplayer content, I’m going to have to say that it’s just not worth it anymore.  You can buy the map pass and standard game for less than the limited edition, and still get custom armors and all the specializations.

Of course, there’s always the chance that Microsoft will add something extra extra special to the limited edition in time for launch, but I doubt that will happen.  Sigh… lets hope Halo 5 has a bonified Legendary Edition.  This limited edition nonsense has given me a headache.