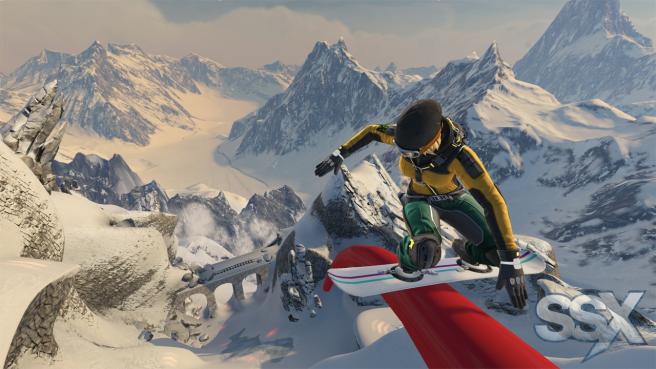 From the Give The Fans What They Want file, it looks like EA might be bringing true head-to-head competitive multiplayer to SSX.  Details are still scarce, and by scarce, I mean non-existent.  But the writing is on the proverbial wall.  Read to see for yourself.

When SSX launched back in February, a lot was made over the supposed lack of multiplayer gaming.  While the game featured Global Events, in which thousands of players could compete in both packaged and custom races, players were never directly competing against one another.  The option to record ghosts of your best runs, and share them amongst friends via Xbox Live and PSN lessened the blow somewhat, but the inability to square off against opponents in real time left a lot of fans frustrated. It’s possible that EA has finally come up with a solution to those frustrations. Nearly six months after the game shipped, the following video was posted on the EA youtube channel.

The video seems to show a pre-race “lobby” filling up in a helicopter, followed by five players jumping out and starting a race at once.  While four out of the five racers appeared as holograms similar to the ghosts SSX players are already familiar with, the way in which they’re positioned strongly hints that what we are seeing is the start of a true head-to-head multiplayer race.  This will surely come as welcome news to SSX fans who felt that this year’s reboot of the franchise was lacking in multiplayer content, and will hopefully reignite some enthusiasm for the title.  Unfortunately, there is no time table for an announcement beyond “summer,” so I guess I’ll just continue to watch the EA Sports youtube channel and wait for something big to happen.  Luckily, I have nothing better to do.