Trailerpalooza at Gamescom! Day One 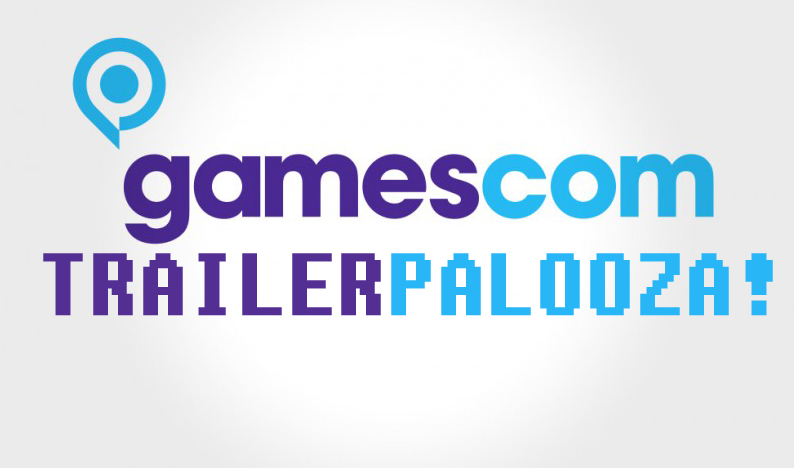 That’s right, folks.  It’s time again for that multi-day celebration of all things new and exciting in the world of video games known as Trailerpalooza.  After the enormous success it enjoyed in Los Angeles a few months ago, we’ve taken Trailerpalooza to Germany, and have set up stages at the largest gaming convention in the world, Gamescom.  So sit back, relax, and enjoy.  The show is about to begin.

First up is Star Wars 1313, which in my opinion, is the best looking game from LucasArts that I have ever seen.  It looks so good, in fact, that some are wondering if it might be a launch title for the next generation of consoles.  LucasArts hasn’t hinted at a platform or release window, which has only further fueled the speculation around this title. Here’s a brand new trailer from IGN, which offers the first look at ominous sounding “Level 1313.”  I always wondered what lied beneath the surface of Coruscant…

Next up is The Unfinished Swan, which is ummmm… well, I honestly don’t know what it is. According to VG24/7, it is an adventure game in which you fill empty environments by painting.  Not much else is known about this game yet, other than it is being worked on in-house at Sony Santa Monica.  Whatever the Unfinished Swan is, it looks damn good.  Check it out.

And then there’s The Last of Us, the highly anticipated new game from Naughty Dog, a developer that can apparently do no wrong.  Everything they’ve made since the days of Crash Bandicoot has turned to gold, and The Last of Us is already looking like another triumph.  This new trailer mixes old and new gameplay with somber music to create a perfectly dystopian atmosphere.  Something tells me this game isn’t going to be a laugh riot when it’s released next year.  Watch the trailer below.

Switching time periods from a post-apocalyptic future America to the America of the Revolutionary War, we have a new trailer for Assassin’s Creed 3.  This trailer offers another look at the game’s naval combat, which we first saw back at this year’s E3.  This video packages the action with much more cinemtic flair, and highlights the stunning level of detail developer Ubisoft has poured into the experience.  It remains to be seen if they’ll be able to combine the fast paced action of Assassin’s Creed and the strategy of naval warfare, but it’s looking pretty good so far.  Have a look.

But that wasn’t the only Assassin’s Creed footage on display at Gamescom.  Also making an appearance was Assassin’s Creed Liberation, the upcoming title for the Playstation Vita handheld.  Liberation features many firsts for the franchise, including a female protagonist, an innovative touch based control scheme, and a story which ties into Assassin’s Creed 3.  Both games release this October 30.

From muskets and cannonballs, we transition to guns.  Lots and lots (and lots) of guns.  Army of Two: The Devil’s Cartel is bringing it’s special brand of co-op mayhem back to consoles next March, and developer Visceral Games was at Gamescom to show of what they’ve been able to do with the Frostbite 2 engine.  The game’s gritty anti-heroes Alpha and Bravo are back, and seem to be up to their old tricks.  And by tricks, I mean killing.  Watch the dynamic duo teach everyone the evils of drug use in their own special way below.

Speaking of dynamic duos, did you know that Namco is hard at work on a game starring the most famous hero pairing of all time?  No, I’m not talking about Batman and Robin.  It’s Kirk and Spock!  We’ve seen very little of Star Trek since it was announced (what feels like) years ago.  But if this brand new trailer is any indication, the title seems to be coming together nicely.  It’s slated for release in early 2013, which in an amazing coincidence, is when the next Star Trek film is scheduled for release.  Paramount and Namco really lucked out there, huh?  Anyway, here’s the trailer.

That’s gonna do it for day one of Trailerpalooza here at Gamescom, but check back tomorrow for moe rockin good times.  Until then, live long and prosper!