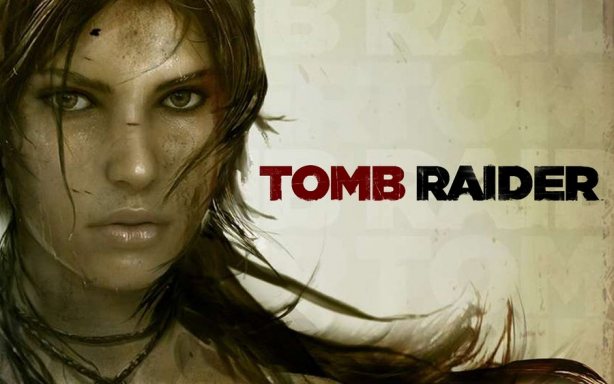 OK, so it’s probably not out of jealousy.  But you have to admit the timing is a little peculiar, don’t you think?  No?  Fine, I’m just a conspiracy nut.  In any case, the news out of California based Crystal Dynamics yesterday was not good.  Tomb Raider, their high profile reboot of the long running adventure franchise has been delayed until 2013.  But, as is the case with most of these announcements, it’s not all bad news.  Read on for the details, and a look at a brand new screenshot from the game.

The announcement came in the form of a post from Crystal Dynamics studio head Darrell Gallagher on the official Tomb Raider blog.  He stated that, when the team decided to reboot Tomb Raider, they set two goals for themselves.  The first goal was to make a game that would “surprise and excite” players, and the second was to make the best game in the history of the studio.  To meet those goals, the team has decided to delay the release of Tomb Raider from fall 2012 to the first quarter of 2013.  He reassures fans by saying:

“We’re doing things that are completely new to Tomb Raider in this game and the additional development time will allow us to put the finishing touches into the game and polish it to a level that you deserve. We believe this is the right choice and I guarantee it will be worth the wait.”

But I said there was good news, remember?  Here it is.  Unlike the other recent high profile delay, Crystal Dynamics is still planning on showing Tomb Raider at this year’s E3.  To that end, they’ve released a new screenshot which they say is “hinting at content you’ll be seeing at E3.”  OK, check out the image below and judge for yourself. 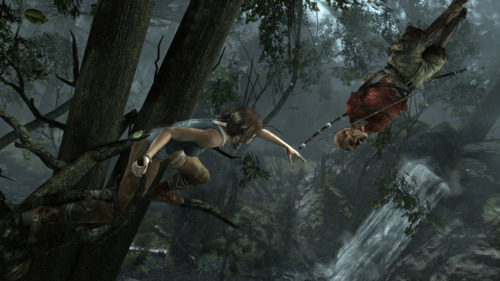 So the new content is the ability to hang weird bald guys upside down in trees?  I think it’s safe to infer from this image that Lara, after being lost in the wilderness for too long, has resorted to cannibalism.  She has caught the bald guy in a snare, and is about to slit his throat so she can feed on his lifeless carcass.  A controversial, yet bold direction for Crystal Dynamics, to be sure.

Or maybe the inhabitants of this jungle sleep like bats, and she’s just trying to wake him up to ask directions.

The other bit of good news is that the developers have opened up a thread on the official Tomb Raider forums for fans to share their questions and concerns.  The most frequently asked questions will be addressed on a future Crystal Habit podcast.  Here’s my question: will Lara be able to do a handstand + swan dive combo from the top of that waterfall if you hold down a finger snapping combination of buttons?