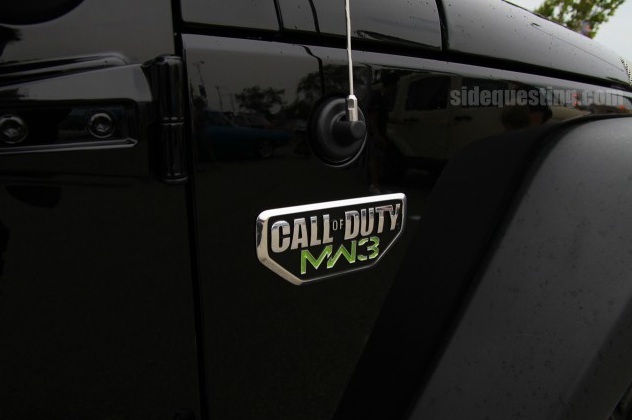 Eric Hirshberg, CEO of Activision Publishing, has announced via press release that Kanye West will be closing out the Call of Duty XP event with a special concert. According to Hirshberg, ‘everything about XP will be as epic as the games themselves’. In related CoD news, Jeep Wrangler has revealed its new MW3 branded jeep. Check below for more details on both the CoD XP event and the new Jeep.

“We’re pulling out all the stops. We promised our attendees and fans around the world a once-in-a-lifetime experience for the first Call of Duty XP, so we’re thrilled to have Kanye on board. Everything about XP will be as epic as the games themselves. Whether you’re competing for one of the open slots in the $1 million tournament, playing Modern Warfare 3 for the first time, dodging paintballs in a spectacular life-size recreation of Modern Warfare 2’s Scrapyard level or just mingling with developoers and fellow gamers, Call of Duty XP is a celebration of one of the greatest games in the world. So what better way to top it off with one of the greatest artists in the world?”

Jeep Wranger news wise, Sidequesting got a look at the new MW3 jeep at Detroit’s annual Woodward Dream Cruise. According to Jeep staff at the event, the new Jeep will feature metallic badges and emblems, with a focus on the finer details, and will also come with a built-in winch system, an updated hood, functional mesh relieves and a rear bumper that’s able to be filled with water for a ‘variety of uses’.

Can’t wait to see exactly what those uses will be.