Knowledge is power – Moustache is king – get involved in Movember 2012 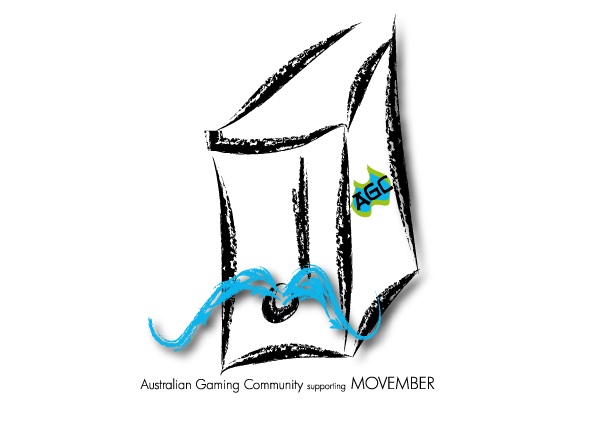 We here at Save Game like nothing better than supporting a good cause, and they don’t come any better than what is affectionately now known as Movember. And this Movember, the Australian Gaming Community will be fielding a moustache-growning team to support the worthy cause.

For those who haven’t heard of Movember – it is that special month in the year where people wear their fantastical moustaches with pride to raise money to support men’s health initiatives. When the first of November dawns, altruistic individuals all over the world make the pledge not to shave their facial hair for the full month of November. In this way, they effectively become walking, talking billboards for the month of November, allowing for frank discussion of men’s health issues and raising awareness for issues which are often not discussed.

2012 will be the second year in which the AGC will be participating. In 2011, the team, a massive 52 members strong and led by team Captain Matt Hewson raised over $11 000 in support of me’s health initiatives. The team was ranked in the top 100 teams nationally and was the highest earning video game related team in all of Australia. Team Captain Matt started the team after discovering his godfather had been diagnosed with prostate cancer, and was blown away at the generosity of those who supported his team:

“When we had passed our initial goal before Movember had even started, I was ecstatic. As the month went on, goal after goal was knocked over and to finish with over $11k was beyond anything I could have hoped for. It just goes to show how committed gamers are to helping a good cause.”

After their fantastic achievement raising money and awareness during last year’s Movember, the team is looking to equal – if not completely smash – 2011’s record, and they want fresh faces to add to their ranks. Thankfully, Matt’s godfather is now in remission, and his recovery and healing are due, in no small part, to the excellent medical care he received in addition to the scientific research funded by charities like Movember.

But, as with any worthy cause, more needs to be done to ensure money continues to be available to those who need it most. As such, Matt is looking for people to join his team for 2012. And there’s good news for all our female readers, for there is a space for you too.

You can learn more about the team and join them by checking here as well as following their progress on twitter – @AGCMovember or via facebook here. If you can’t participate, consider donating and remember this year’s slogan ‘Knowledge is power, moustache is king’ – crank out that magical moustache growage and support a worthy cause!