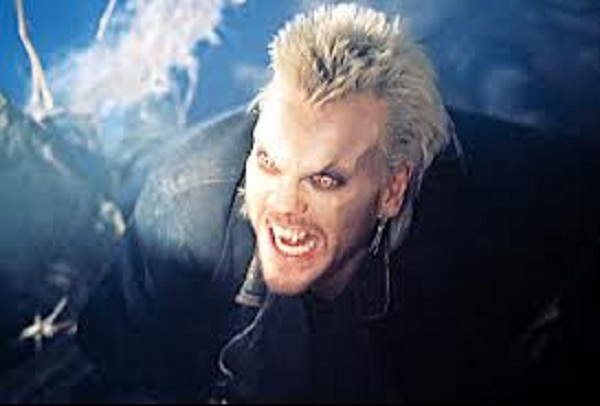 In Konami’s Pre-E3 press conference/commercial it was announced that Metal Gear Solid V: The Phantom Limb Menace Pain’s main character is going to be played by The Lost Boys’ Keifer Sutherland.  In the video, Kojima states that this Metal Gear takes place in 1984, and that means an older, jaded Snake.  This allowed him to find an actor to play the grizzled soldier with the gravitas that Sutherland is known for.  A move that apparently leaves Snake’s long-time voice actor David Hayter out in the cold.

Fear not Hayter-nation, because the news may not be as dire as it seems, despite Hayter’s crack about Sutherland’s performance being the equivalent to “New Coke”.  The timeline of Metal Gear Solid 5 leads me to believe that the protagonist in question is actually Naked Snake, who later became Big Boss over the course of Metal Gear Solid 3 and the antagonist of the original MSX/NES games. Since Solid Snake is a genetically altered clone of Naked Snake/Big Boss, he could exist in this game as a much younger version himself that was in Metal Gear Solid.  In addition, Solid Snake and Big Boss worked together prior to the events of the original Metal Gear, so if Kojima is pulling a Metal Gear Solid 2 style character switch, it would make sense to not have the same voice coming out of both protagonists.  So it is conceivable that Sutherland plays Big Boss and Hayter is free to play young Solid Snake.  Kiefer’s choice to not say the word “Snake” and instead saying “this character” in his interview leads me to believe that this is true, or that Keifer couldn’t be bothered to learn anything about the character he is playing.

Dammit, will we ever understand Kojima’s genius?