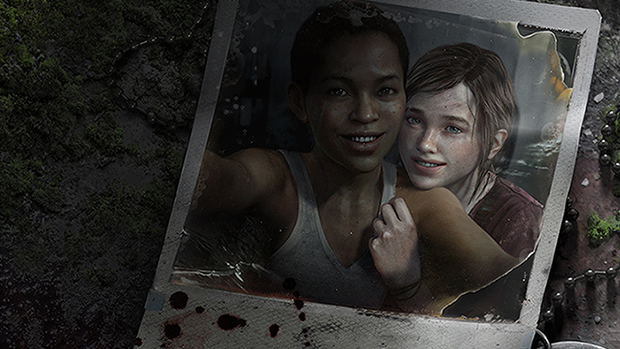 You know who’s been cagey for the last few months? Naughty Dog. They’ve teased us with the knowledge that they will be releasing story based DLC for the critically acclaimed The Last of Us, but that’s as far as they’ve gone. Until now. Finally they’ve broken their silence on the upcoming DLC – and it sounds like it’s going to be another emotional story, this time from Ellie’s perspective.

The DLC, called ‘Left Behind’, is set before the events of The Last of Us, and focuses on Ellie as she and her friend Riley explore a derelict shopping mall. For those uber fans of the series, this scenario will sound familiar, as it was the subject matter that The Last of Us comic, ‘American Dreams’ explored. The comic stopped short of Ellie and Riley exploring the shopping mall itself, but given we know through content mentioned in the game what happened in that mall, we can assume it’s not going to be an enjoyable shopping foray for either girl.

As backstory to set up the content, The DLC  takes place during a point in Ellie’s life where she is attending a military boarding school, somewhere within Boston in one of the city’s quarantine zones. Given this, the DLC occurs prior to Ellie meeting Joel, and the content will focus on the relationship and bond that Ellie shares with Riley, a fellow quarantine zone inhabitant and somewhat of a mentor to Ellie. Players will step into the role of Ellie during the DLC, according to a post on the Playstation Blog written by Naughty Dog’s Arne Meyer:

“Today, we’re excited to confirm that you play as Ellie throughout the entirety of Left Behind.

Playstation have also released a teaser video to go with the announcement, which provides the teeniest of snippets for the DLC. It’s not much, and it’s certainly more tantalising teasing from the developer, but at this point I’ll take any details on story based DLC for a game that I awarded a perfect 10.

There’s been no word on a specific release date for the content, other than that it will be releasing in early 2014. Naughty Dog did mention that Left Behind will be included in the Season Pass for The Last of Us, which includes 3 DLC packs plus free exclusives for a price of $19.99. For those who only want the Left Behind DLC, it will be available to buy for $14.99.