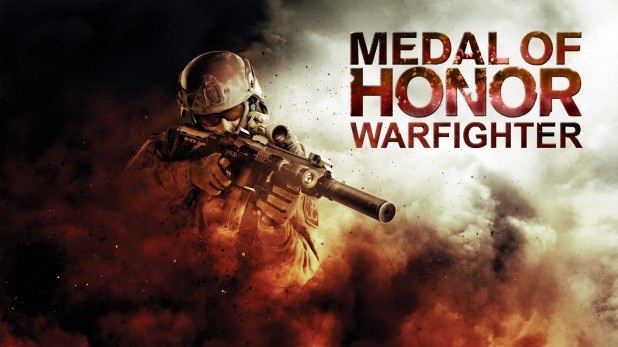 First, let’s talk about the title update.  Announced on the official Warfighter blog, the update is a mix of fixes, adjustments, and added content for the multiplayer component of the game.  Here’s the full list.

The update is available right now on PC, and will be out for Xbox 360 and PS3 tomorrow.  PS3 owners in Europe, however, will have to wait until the 19th.  Sorry, Europe.

You might have noticed that the last item on the update list mentions a map pack… or is it map packs?  Actually, it’s one map pack with two different names.  Most of the gaming world will call it The Hunt Map Pack.  But in North America, renamed to help promote the film of the same name, it will be known as the Zero Dark Thirty Map Pack.  No matter what the pack is called, it contains the same amount of content, which is impressive.

The two biggest components of the map pack are, obviously, the maps.  There are two them, named Darra and Chitral.  Darra, set in the largest weapons black market in the world, is designed for close quarters, vertical combat.  Chitral, based on one of Osama bin Laden’s hideouts, features a more open, sprawling layout.

But the maps aren’t the only goodies that you get with the Zero Dark Thirty pack.  As detailed on the Warfighter blog, you will receive 14 new weapon camo skins, and a long list of new weapon attachments.  Check it out below.

Not too shabby, right?  The Zero Dark Thirty Map Pack is available now on PC, and will be up on Xbox 360 and PS3 tomorrow.  Or Wednesday, if you’re a PS3 owner in Europe.  Once again.. sorry, Europe.  Those who bought the limited and digital deluxe versions of Warfighter can get the map pack for free.  Everyone else can pick it up for $9.99, or 800 Microsoft points.

Now, I know naming a map pack after a movie sounds like a crass promotional tie-in.  But this time, there’s a humanitarian angle behind the advertising.  EA will be donating a portion of the map pack’s sales, at least $1 million, to its Project HONOR campaign.  Project HONOR, as described on the Warfighter website, is “dedicated to raising awareness and generating charitable contributions for fallen warriors from the Special Operations Community in honor of the sacrifices they and their families have made for their country.”  And if that isn’t a good reason to buy some DLC, I don’t know what is.