Might & Magic: Clash of Heroes now on the App Store

The game debuted on the Nintendo DS back in 2009, migrated to Steam in 2011, and now – after four years – is finally available for iOS devices. 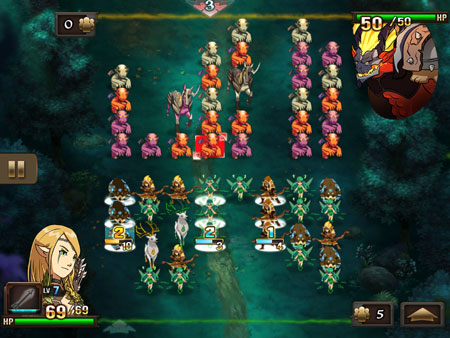 In the 20-hour campaign, you play five different heroes trying to rid their world of demons, each leading an army of troops. In turn-based battles, you command them to attack or defend by matching up three units of the same type and colour. There is also a multiplayer option.

The game was developed by Capybara Games, who also made Superbrothers: Sword & Sworcery EP and Critter Crunch.