Like most Halo fans, I’ve been going through some serious withdrawals lately.  Halo 4 is becoming a distant memory, and Halo 5 is still over a year away.  So what is there to tide us over during this long stretch with no Master Chief?  Well, starting tomorrow, we’ll be able to dive into Minecraft: Halo Edition, and it’s a lot more than just a few re-skins.  Read on for all the details.

Minecraft: Halo Edition is more than just a set of special skins, although it does come with a number of them.  40, to be exact.  You’ll be able to dress up your Minecraft minion as everyone from Master Chief, to Cortana, to evil Cortana, to Captain Keyes (both of them).  The expansion will also come with a number of pre-made Halo worlds, all ready to be explored and/or hacked into tiny bits.  Blood Gulch is naturally included, as is Sandtrap, Valhalla, Silent Cartographer, and a number of others.  Want to see what Minecraft: Halo Edition looks like in all its blocky glory?  Check out the trailer below.

Now, obviously, the expansion of Minecraft is exclusive to the Xbox 360. It launches tomorrow, and will sell for $3.99. 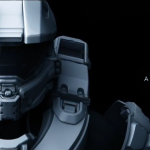 New Halo 4 Vidoc Takes Us Inside The Actors Studio 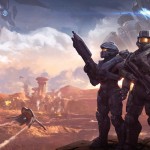