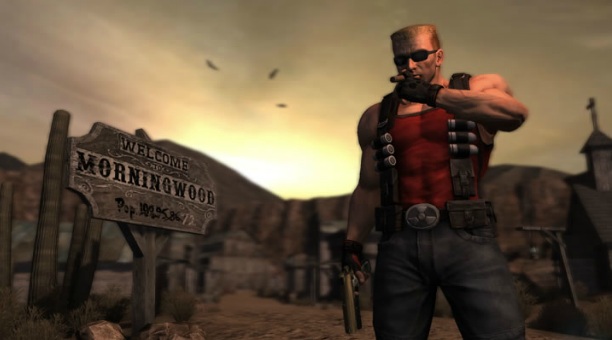 The latest Duke Nukem game might not have been everyone’s cup of tea (or bottle of bourbon) but that hasn’t prevented Gearbox from hinting they will be rebooting the series in the form of “the long-discussed Duke begins.” This game was apparently in the works before Gearbox acquired Forever.

Don’t get too excited though, Duke fans. Gearbox has also mentioned they won’t be looking at the reboot until they’ve finished work on another of their titles: Aliens: Colonial Marines. Colonial Marines isn’t set for release until 2012, and with Gearbox also working on the recently announced Borderlands 2, it could be some time before Duke returns. Or is that re-returns?