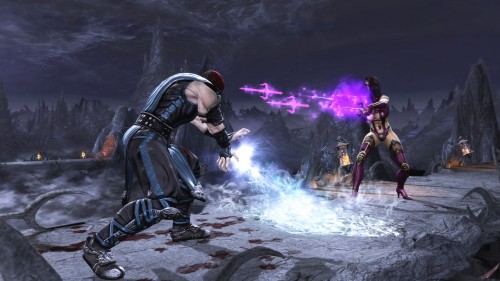 Warner Bros. Interactive have announced that The Mortal Kombat Komplete Edition will be hitting European shelves on March 2, 2012. The re-relase of the 2011 fighter includes all content from the original game, in addition to all the DLC released for the title – fighters Skarlet, Rain and Kenshi, and special treat Freddy Kruegar. 15 Classic Skins and 3 Fatalities are also included in release.

Before you get too crazy excited (or should that be krazy excited?!) – Europeans aren’t getting everything included in the US release. US gamers were lucky to have included, in addition to all the content mentioned above, digital downloads of the 2011 Mortal Kombat: Songs Inspired by the Warriors album (including a bonus track) and the absolutely fantastically amazing Mortal Kombat film first released in 1995 accessible via the PS Store or Xbox Live Zune.

I suppose something is better than nothing – but why the skimping on extra features, Warner Bros?!