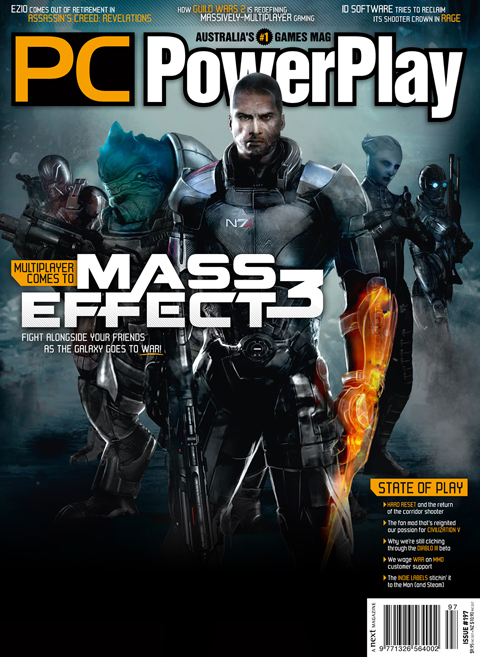 Who gets the scoop on the industry’s best kept secret? An Aussie PC Mag, of course! PC Powerplay have announced that multiplayer is indeed coming to Mass Effect 3, by way of the cover for their upcoming magazine issue. Apparently the confimation comes from Casey Hudson himself, who told the mag that multiplayer will be featured in Mass Effect 3.

A teaser for their upcoming issue on their Official Website reads

That’s right – Mass Effect 3 is getting multiplayer! We travel to BioWare’s office in Edmonton for hands-on time with the series’ first foray into online gameplay, and chat with Mass Effect Series Producer and Mass Effect 3 Project Director Casey Hudson about the decision to go multiplayer in the epic battle for the galaxy.

The line ‘fight alongside your friends’ has the intriguing possibility that co-op might be on the cards for the final game in the series, which would be a very interesting development, but it could just as easily be referencing the multiplayer aspect generally.

So what are you thoughts? Is the cover hinting at the possible species available for multiplayer action? Might I suggest that for something this big, you take them to our official forums?