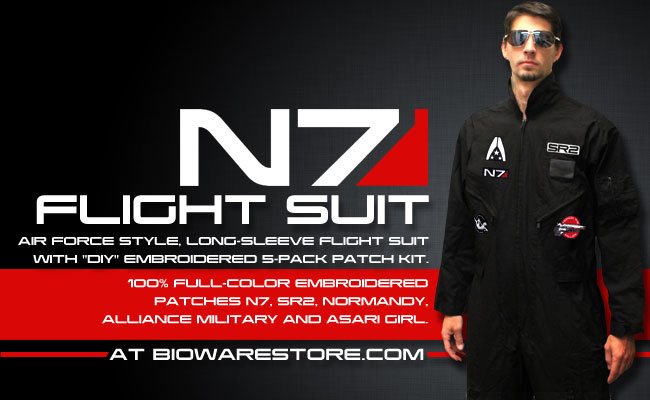 If you’ve ever wondered ‘Boy, I wish I had a flight suit which featured patches from the Mass Effect universe’ whilst you were playing Bioware’s hit sci-fi themed game, then today is your lucky day. Treehouse Brand stores (the guys running the Bioware store) have announced on their facebook page that they will soon be stocking an N7 flight suit. Isn’t it just the most amazing thing you’ve ever seen? Forget the usual merchandise. Caps. Mugs. T-shirts – Flight Suits are where it’s at now.

Perfect halloween costume. And I thought the full zip hoodie was out there…..