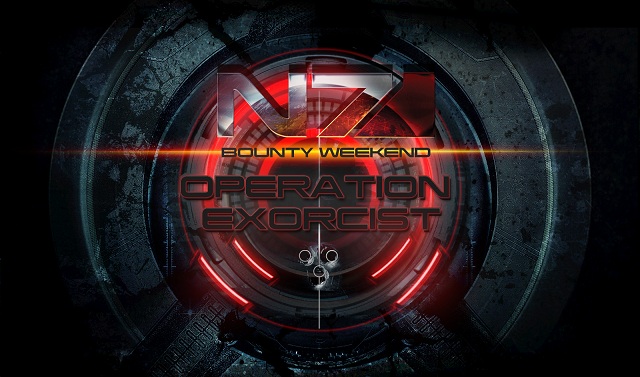 The official word from Bioware’s blog is:

Good news Spectres! Starting with Operation EXORCIST, N7 Weekend Challenges will extend to the PlayStation 3 platform.  Operation EXORCIST begins April 27th at 6:00PM PST until April 30th at 5:00PM PST, on PlayStation 3, Xbox 360 and PC. Please remember to set the “Upload Gameplay Feedback” setting to “On” in the online options to be able to participate in this N7 Operation.

Allied Goal: Kill 1,000,000 Cerberus Phantoms
Squad Goal: Survive until extraction on any map and any enemy on Gold difficulty.

Successfully completing the Allied Goal will grant all players a Victory Pack, with successful completion of the squad goal rewarding players with a Commendation Pack.

Happy Mass Effecting to all you PS3 players!