Naughty Dog considering a sequel to The Last of Us

The Last of Us was one of the most universally acclaimed games in recent memory.  Virtually everyone who played it, loved it.  But ask the game’s fans whether or not they want a sequel, and they suddenly become much more divided.  For their part, Naughty Dog feels it would be a disservice to the fans to not entertain the notion of a sequel.  Read on for the details.

Speaking with VideoGamer.com, Naughty Dog community strategist Arne Meyer recently revealed that the studio is exploring ideas for a sequel to The Last of Us.  While explaining the importance Naughty Dog puts on making sure that every game they make is self contained, Meyer pointed out the questions the studio asks itself every time it considers making a sequel.

Meyer goes on to say that not considering a sequel to The Last of Us would be a “disservice” to the game’s fans, but says that any discussions currently going on are in the very early stages, and that a sequel might not happen at all.

“We’re just starting to explore ideas of what more could there be in this universe and starting that decision process. That doesn’t mean the end result is guaranteed.“

What do you think?  Is The Last of Us perfect on it’s own?  Or are there other stories waiting to be told in its universe?  Either way, it sounds like we won’t know for sure, one way or the other, for quite some time. 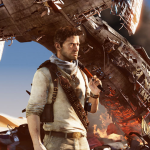 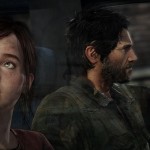