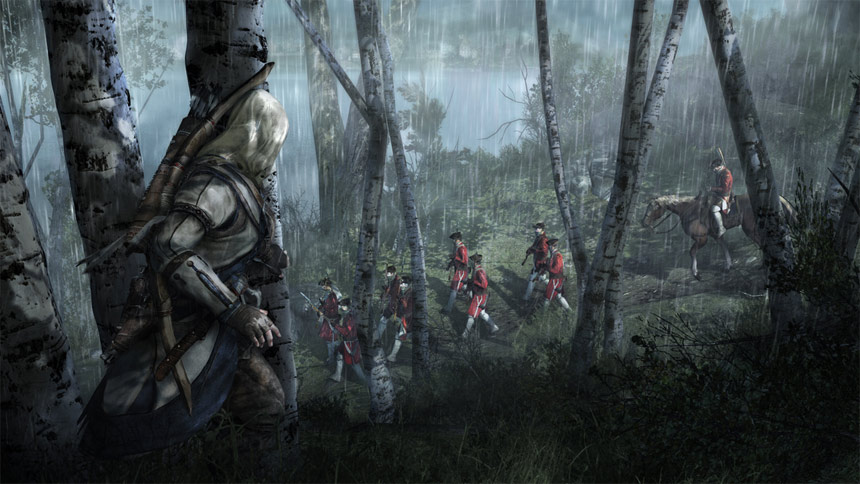 There be ships left, right and centre in Ubisoft‘s latest trailer for their upcoming powerhouse release Assassin’s Creed III, and boy – naval battles have never looked so good.

Players are definitely going to need their sea legs when they step into the boots of Conner Kenway, as the trailer below shows. As part of the naval theme to the game, Ubisoft is promising that players will be able to “explore and conquer the open ocean! Navigate tumultuous waters and command your own naval warship, sending your enemies to a watery grave with cannons and an array of naval weaponry.”

They are also running a competition which asks gamers to ‘tell us what you RISE for’ but I’ll just leave that well enough alone. I’m thinking whoever is fielding those responses is going to get a few inappropriate entries.

The aptly named ‘Naval Warfare’ trailer can be seen below.