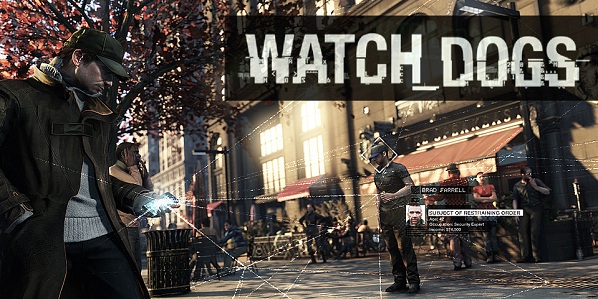 If you watched the recent PS4 announcement presentation you will have likely seen a teaser of Ubisoft’s upcoming game Watch Dogs. And if you were like me, you would probably have been wondering why that game isn’t released right now and how unfair it is that you can’t be playing it as we speak. Thankfully, for all those like me who just can’t wait to play this game, Ubisoft have provided a few more details about Watch Dogs to tide us over until its release.

Starting with the info we already know – Watch Dogs is an open world action-adventure game which will be available for the launch of the PS4.

The development of Watch Dogs is being led by Ubisoft Montreal, with Ubisoft Bucharest, Paris, Qubec and Reflections studios all providing support. And according to Ubisoft, Watch Dogs will blend cutting-edge technology and sophisticated game design into an uber realistic, living world. Which is great, because no-one really wants to experience sophisticated game design in a dead world, right?

The hook for Watch Dogs, however, is that players will step into a world that mirrors our fully connected society, where individuals and corporations can be exposed and exploited via networks and technology. Players will step into the shoes of Aiden Pearce, a ‘new type of vigilante’ who uses his smarts and his smartphone to hack into Chicago’s central operating system and control almost every single element of the city. Aiden will be able to tap into security cameras, download personal information,  and control public systems like traffic lights or transportation. In so doing, he will be able to use the city itself as a weapon and a resource.

According to Yves Guillemot, chief executive officer, Ubisoft, the PS4 will provide the power to push beyond what we’re currently experiencing in the videogame world.

“Ubisoft has a strong history of supporting new technologies with unique and creative offerings. The power and capability of the PS4 allows the Watch_Dogs team to further push the boundaries of what was previously thought possible in interactive entertainment.”

In addition to launching on the PS4, Watch Dogs will also be available for the Xbox360, the Wii U and PC.

And for those who missed the Watch Dogs presentation, you can find a video below.