With all the recent negative announcements concerning publisher shutdowns here in Australia, it’s nice to finally hear some good news surrounding relationships and partnerships strengthening rather than breaking down. Mindscape Asia Pacific and Tecmo Koei Europe have announced a distribution partnership which covers the Australian and New Zealand markets. This partnership will mean that Mindscape Asia Pacific will handle all sales, distribution and marketing of Tecmo Koei’s titles including Dead or Alive, Dynasty Warriors, Fist of the North Star and Ninja Gaiden, amongst others.

The partnership represents an extension of an existing relationship – Mindscape is currently distributing Dead or Alive 5 on behalf of Tecmo Koei. This partnership has now been extended to the whole Tecmo Koei stable of titles.

Tonia Velasco, General Manager at Mindscape Asia Pacific, expressed her excitement at partnering with Tecmo Koei in a statement released by the company:

“Partnering with a publisher as popular and promising as Tecmo Koei has come as a natural progression for Mindscape. Tecmo Koei’s catalogue and its league of diehard fans are testament to the brand’s power and we are excited to be a part of this. We are confident we will grow the Tecmo Koei brand in Australia and are looking foward to releasing many hit titles in the new future.”

This sentiment was reflected by Yasutomo Watanabe, General Manager of Tecmo Koei:

“We are delighted to extend our partnership with Mindscape. We are certain that our collaboration for our upcoming titles will help expand our brands and grow our fanbase in Australia and New Zealand.”

After releasing Dead or Alive 5 on behalf of Tecmo Koei, Mindscape now sets its sights on the Wii U release of Warriors Orochi 3: Hyper. 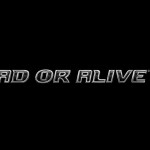 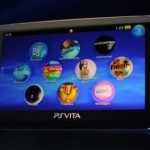